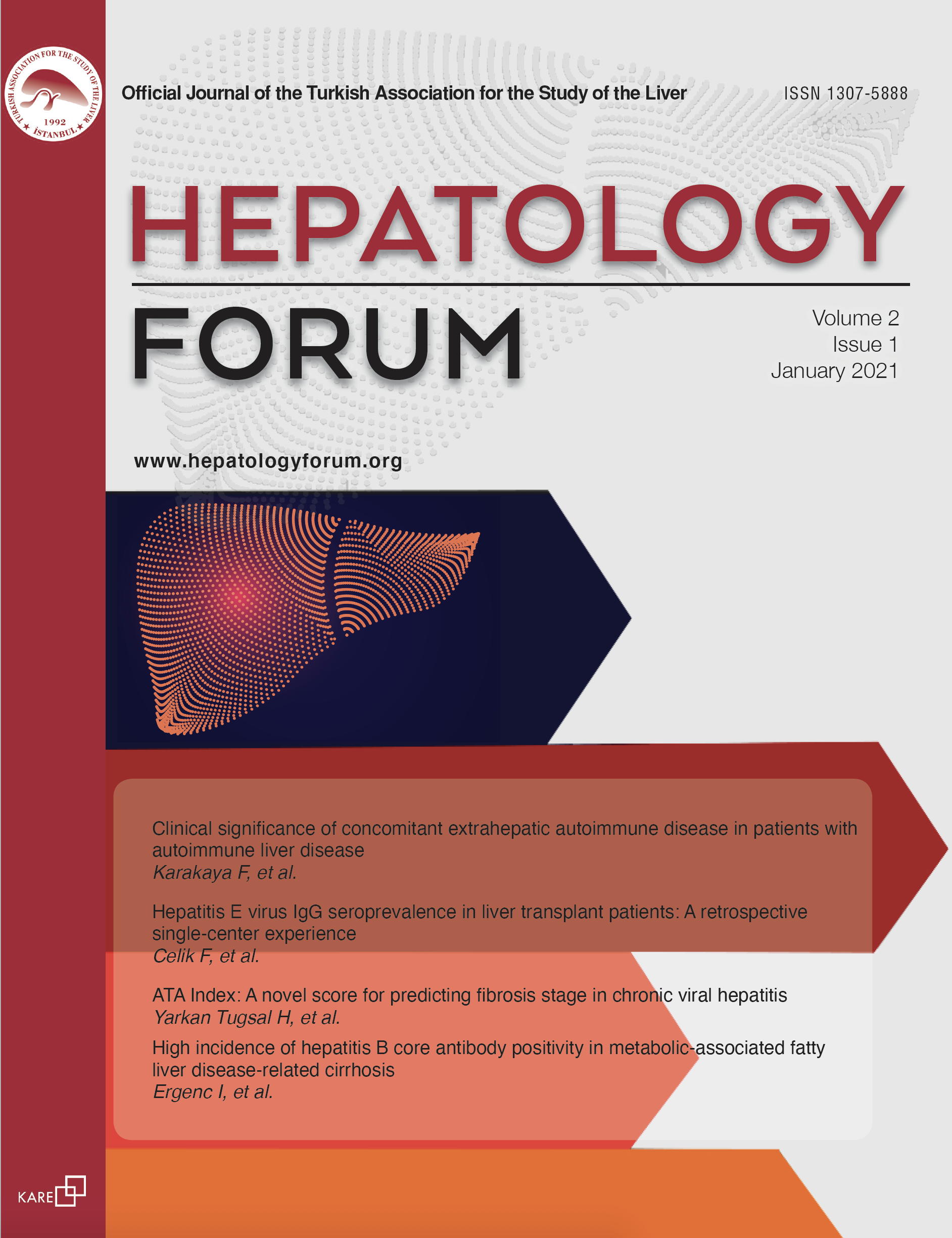 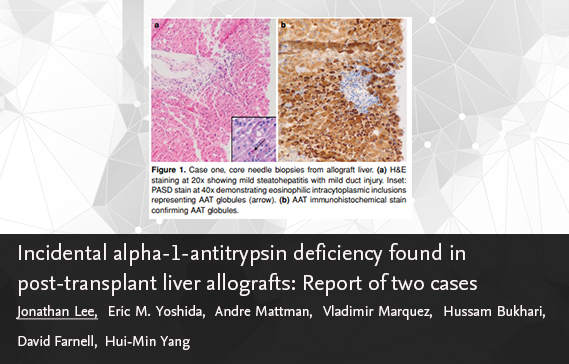 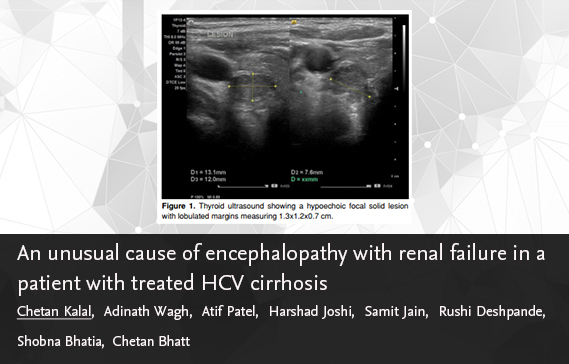 A common practice among young athletes and body-builders is the adoption, use, and self-administration of androgenic anabolic steroid commonly referred to as AASs. Prime classification of these anabolic steroids is either testosterone or synthetic testosterone derivatives. They are primarily used for performance and endurance enhancement. However, the use of steroids is not without adverse effects. Steroid-induced liver diseases may range from chronic hepatitis to vascular or bile ductular injury and death. Presented herein is a case of Vanishing Bile Duct Syndrome due to the anabolic steroid consumption by a young, healthy male.

Vanishing Bile Duct Syndrome (VBDS) is extremely rare and its cause is ascribed to a variety of etiologies, including drugs.[1] Cholangiocyte damage leading to VBDS[1,2] progression has been observed approximately in 1% of the drug-induced cholestatic cases. In India, due to the open and free availability of anabolic androgenic steroids (AAS), they are often used by the young population for body-building apart from medical indications. Most of the consumers of AAS would be unaware of the side-effects of such consumption. Here we report, a case of VBDS in a 20-year-old otherwise healthy male.

A 20-year-old Asian male presented with jaundice, pruritus without clay-colour stools for one month. There was no history of any fever, abdominal pain, weight loss, altered bowel habits, or any gastrointestinal bleeding. He was a teetotaller and had no significant past medical history. He denied the use of over the counter medicines. He denied a family history of any liver disease. On examination, he was hemodynamically stable with a body mass index of 21 kg/m2. General examination revealed icterus. Abdominal examination was unremarkable and lacked the stigmata of chronic liver disease and portal hypertension. The following Table 1 summarises the laboratory data of liver function before and after admission. Initial laboratory findings showed that total bilirubin was 29.2 mg/dL (normal 0–1.2 mg/dL); Direct bilirubin was 16.5 mg/dL; Aspartate aminotransferase was 338 IU/L (normal 3–46 IU/L); Alanine aminotransferase was 143 IU/L (normal, 3–49 IU/L); Alkaline phosphatase was l258 IU/L (normal, 34–104 IU/L); Gamma-glutamyl-transpeptidase was 39 (normal 7–32 IU/L); PT INR 1.3 and Albumin level was 3.9 g/dL (normal, 3.5–5.0 g/dL). Lactic dehydrogenase level was 401 IU/L (normal 125–220 IU/L). The rest of blood the investigations, including complete blood count, renal function test and electrolytes were all within normal limits. The investigations for viral hepatitis (viral hepatitis A, B, C, cytomegalovirus; Epstein-Barr virus; herpes simplex virus; human immunodeficiency virus), autoimmune hepatitis, and blood and stool culture for enteric pathogens were negative. The levels of alpha-fetoprotein, ceruloplasmin, thyroid function and serum iron analysis, including serum iron, and ferritin were normal. Ultrasound of abdomen and Magnetic resonance cholangiopancreatography revealed normal liver or biliary anatomy. Percutaneous liver biopsy showed classical VBDS features of severe biliary ductopenia, portal inflammation with mixed inflammatory infiltrates in the portal tract (Fig.1); with intra-hepatocytic and ductular cholestasis with bile plugs (Fig. 2); mild focal feathery hepatocyte degeneration with preserved liver architecture. On repeat drug history, the subject revealed the use of anabolic-androgenic (Nandrolone decanoate) steroid (AAS) injections for about six to seven weeks before the onset of symptoms. Clinical signs and laboratory findings (Table 1) improved substantially 12 weeks after the patient discontinued AAS and other supportive treatment.

VBDS is extremely rare. Only 0.5% of small bile duct disease.[1] Approximately 1% of drug-induced cholestatic hepatitis develops progressive cholangiocyte damage, leading to VBDS.[2] VBDS can be diagnosed when a patient has 1) chronic cholestasis with; 2) absence of clinical or serological evidence of primary biliary cholangitis, sclerosing cholangitis and graft-vs-host disease along with; 3) liver biopsy showing paucity of intralobular bile ducts. Disease presentation may vary as mild to chronic. Most cases subside with time. Severe VBDS may present as acute liver failure and can lead to loss of life despite being relatively uncommon finding in Drug-Induced Liver Injury, high rate of chronicity (94%) and mortality (26%) is attributed to bile duct loss.[3] Known causes of VBDS include graft-versus-host disease, primary biliary cholangitis, sclerosing cholangitis, paraneoplastic syndromes, Alagille syndrome, and drugs. It is rarely idiopathic in origin. The pathogenesis of VBDS is largely unknown, but it may be attributed to idiosyncrasy and likely to be attributed to immunologically mediated injury to bile ducts. Drug-induced VBDS involve a prolonged decrease in intracellular ATP levels.[4] VBDS Management varies with severity. Hidden sources of anabolic steroids have been actively searched and identified when dealing with VBDS. The Clinician and hepatologist must have a high index of suspicion to diagnose VBDS, especially in cases of cholestatic liver injury of unknown origin, early identification and discontinuation of the AAS may help in limiting liver damage and progression to a chronic state.

Informed Consent: Informed consent was obtained from the patient for publication of his information.

Author Contributions: Chetan Kalal, Adinath Wagh and Atif Patel in drafting the manuscript; preparation of Images by Harshad Joshi, Ravindra Surude and Anil Singh, revision of the manuscript and approval of the final draft by Shobna Bhatia and Chetan Bhatt.